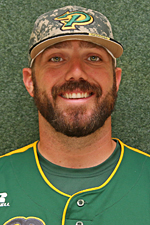 Clay Cox has been the head coach of the Paris Junior College baseball program since June of 2016. In his time at the helm, 56 players have continued their careers at four-year universities, with 85 percent of those transferring to Division I schools. During that time, PJC has seen 16 All-Conference selections and five All-Region selections. The Dragons have excelled in the classroom as well as on the field during his tenure, boasting 93 Academic All-Americans and finishing runner-up nationally in Team GPA for the last four consecutive years - out of 388 junior college baseball programs.

The Dragons saw their deepest run in over 30 years in the 2021 season. They finished the season with an overall record of 30-19 and having played for a Regional Championship. Offensively the Dragons finished Top 50 nationally in almost every offensive category, including Top 25 in triples (8th), stolen bases (10th), walks (23rd) and batting average (25th). For the second consecutive year the Dragon pitching staff continued to show improvement statistically as they finished Top 60 in a number of categories nationally.

The 2021 season saw five Dragons earn all-conference honors, with one all-region selection and yet another new program record of 29 Academic All-Americans. Overall 14 Dragon sophomores signed to continue their careers at 4-year universities with 10 of those inking at the Division I level.

The 2020 season was off to a hot start for the Dragons before the it was cut short due to Covid-19. The Dragons were 15-6 and atop of Region XIV North when the season was abruptly ended. The Dragons were ranked nationally in multiple statistical categories both offensively and on the mound. The transfer success continued as 14 sophomores signed to play at 4-year universities, including 10 at the Division I level. The Dragons once again were successful in the classroom with a program record of 25 Academic All-Americans.

In 2019 the Dragons had another successful year with all 10 sophomores signing to play at four-year universities, including nine signing with Division I institutions. The Dragons led the conference in triples (20), homeruns (49) and stolen bases (168). For the second straight year the Dragon offense finished top 40 in homeruns (23rd nationally) and top 10 in stolen bases (8th nationally). The year was capped off in the classroom with 13 Academic All-Americans and for the second straight year a national runner-up in Team GPA.

The 2018 season saw another great year of advancement for the Dragons as 15 sophomores signed to play baseball at four-year universities. Twelve of them signed to play Division I, and the team finished second in all of NJCAA Baseball with a 3.61 team GPA. Under Cox’s tutelage the Dragons finished 2018 eighth in the nation with 135 stolen bases. Sophomore Tyler Mendoza led the conference and finished fifth in the country with 37 stolen bases. More power for the Dragons came that year as well as they doubled their homerun total from 2017, finishing 35th nationally with 50 homeruns. Cox coached four All-Conference selections and one All-Region selection in 2018.

In 2017 the Dragons earned a berth to the Region XIV Tournament for the first time since 2014, advancing to the semi-finals. The Dragons led the conference and ranked in the top 10 nationally with 138 stolen bases. All seven sophomores in 2017 signed to play baseball after PJC with five going to Division I universities. Cox coached three All-Conference selections and one All-Region selection in 2017.

In 2015-16 when Cox was assistant coach, the Dragons doubled their win total and improved in every offensive category, including leading the conference in stolen bases. He coached five All-Conference selections and one MLB draft Pick (Chad Hardy who went in the 33rd Round to the Boston Red Sox).

Cox came to PJC from the University of West Alabama where, in 2015, he helped lead the Tigers to a 42-11 (26-6) record, a Gulf South Conference regular season title and GSC tournament championship. The Tigers were ranked seventh in the country and set a school record in winning percentage (.792). UWA had a Division 2 best and school record 20-game win streak.

While Cox coached infielders, the Tigers set a school record for fielding percentage (.967) which was ranked tenth nationally. UWA finished in the top three in their conference in (Batting Avg, Runs, Hits, 2B, 3B, HR, RBI, Slug %, BB, SB). UWA was also ranked 25th nationally with 53 HR’s. Cox coached 11 all-conference selections, a GSC Player of the Year, five all-region selections, three All-Americans, and two MLB draft picks while at UWA.

In the summer of 2016, Cox coached his third and final season with the Brazos Valley Bombers of the Texas Collegiate League. They ended their season ranked third in the country for the second straight year. The Bombers finished with a 48-7 record and an unprecedented fourth straight Texas Collegiate League title. 2016 was a summer of records for the Bombers, breaking the TCL record for stolen bases (159), winning streak (21), regular season wins (47), and half-season record (28-2).

During the two preceding years he helped the Bombers to back-to-back-to-back TCL titles, finishing 2015 with a record of 45-9 wins in the regular season, TCL title and finishing ranked third in the nation. The Bombers finished 2014 with a 45-15 record, a TCL title and a national ranking of fifth. Cox was selected to the Texas Collegiate League North All-Star coaching staff in both the 2014 and 2015 seasons. He helped the Bombers lead the league in ERA, Batting Average and fielding percentage in all three seasons. Cox has coached 16 Major League draft picks with Brazos Valley. Cox also served as head coach of the 2016 TCL Red All-Star Team.

Prior to UWA, Cox coached at Rockdale High School, where he was the head varsity baseball coach for two seasons. During that time Rockdale won more games than in any other two-year span in school history. Under Cox, Rockdale set school records for win streak (11), stolen bases in a single game (20), and stolen bases in a season (135). He coached two all-star selections, four all-state choices, seven academic all-district selections and three academic all-state honorees.

Before Rockdale, Cox was the head baseball coach at Jacksboro High School. He also had a coaching stop at James Bowie High School in Simms. His career totals as a prep head coach include 16 all-district selections, nine all-state choices and five all-star selections. He twice produced the 3A Baseball “Hitter of the Week” by TxHighSchoolBaseball.com.
His collegiate totals include 33 all-conference selections, 19 all-region selections, six All-Americans, 36 MLB Draft picks and four major leaguers. Cox has coached a total of 45 players who have signed to play professional baseball following college.

Cox earned his Bachelor of Science in Kinesiology from Texas A&M in 2008 with a minor in coaching. He holds two master’s degrees: a 2014 Master of Arts in Coaching and Athletic Administration from Concordia University – Irvine and a 2015 Master of Arts in Teaching – Physical Education from the University of West Alabama. He is married to his wife Kristin and they have two sons, Connor and Cade. 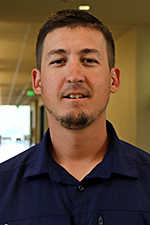 Boone Privette joins the Dragons baseball coaching staff after spending the last seven years at LeTourneau University in Longview. In 2017, he was named the pitching coach for LETU and in 2018 added the title of Recruiting Coordinator. During his time as Recruiting Coordinator, LETU made three straight conference tournament appearances in 2018, 2019, and 2021 while also having 2021 All-conference and 13 All-tournament selections.

In 2018, LETU rebounded from a 1-22 record in conference play the year prior to make an American Southwest Conference red bracket final appearance. In 2019, the team again established itself near the top of the conference as it finished second in the ASC tournament.

The Yellowjacket staff also saw steady improvement during Privette’s time as pitching coach. In the 2021 season the staff finished third in team conference ERA, second in K/BB ratio, first in saves, and had three starting pitchers finish top 10 in conference ERA. Holding runners was another successful stat line for the LETU staff in 2021 as they finished second in conference in stolen bases allowed and attempted.

From 2017 to 2021 the Yellowjackets had 47 Academic All-Conference selections, three ASC Sportsmanship of the year awards, and five American Southwest Conference Players of the week selections.

Privette also oversaw the field maintenance during his time at LeTourneau, having served as Director of Athletic Field Maintenance for all outdoor sports.

He played two seasons at Cedar Valley College in Lancaster before transferring to LETU. During his time at Cedar Valley, Privette played under Robert Dally and was a conference starter. In the 2013 season, he was a part of the team that made a District C Region V tournament appearance against Tyler Junior College. The team finished 27-23.

After transferring to LETU in 2014 he played under Robin Harriss. As a player he received several accolades for his performances on the mound. In 2015, Privette was a part of the staff that finished second in the country in team ERA. In 2016, he was named LETU Pitcher of the year, second team All-ASC as a starting pitcher, and received a conference Pitcher of the Week award. He was twice named an academic all-conference selection for his success in the classroom.

Privette lives in Paris with his wife Ashley.