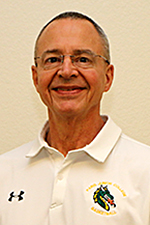 “We are glad Coach Foy will be coming back to PJC as our Men’s Basketball Coach and Athletic Director,” said PJC President Dr. Pam Anglin. “His breadth of experience and success as a college coach will be good for the future of our athletic program.”

A native of Fort Wayne, Ind., Foy compiled a 257-152 record in his 13-year stint as head coach at PJC, where he was twice named Region XIV Coach of the Year and also in 2005 was named the NABC and TABC Coach of the Year.

“I’m very excited to be coming back to Paris Junior College,” said Foy. “I’d like to thank Dr. Anglin for giving me the opportunity to be the Men’s Basketball Coach and Athletic Director. My goal is to create an environment for our student athletes to have a great experience here on campus and in the community. We want them to get a great education, compete at the highest level, and build life-long relationships.”

Foy left PJC to become an assistant coach at the University of North Texas, where he helped lead the Mean Green to a 127-68 record and two NCAA Tournaments. He then became head men’s basketball coach at Richland College where he compiled a 46-18 record.

In 2015, Foy and the Dragons’ National Championship team from 2005 were inducted into the PJC Athletic Hall of Fame during Homecoming festivities. That year he went to Ranger College as the head men’s and women’s golf coach and as an assistant coach with the men’s basketball team. In 2016 the Rangers’ men’s basketball team made it to the Final Four of the NJCAA national tournament, and the men’s golf team went to the NJCAA national tournament for the first time.

In 2016 Foy was named head women’s basketball coach for Ranger College. The Lady Rangers won 80 games over four seasons and advanced to the Region V tournament for three consecutive seasons. Foy received his bachelor’s degree from Indiana University and his master’s degree from Prairie View A&M University. He is the proud father of daughters Sydney, who attended PJC, graduated from the University of North Texas and now works as a college advisor for Northwestern Oklahoma State University, and Bailey, who will be doing missionary work in the Dominican Republic starting a sports ministry program. 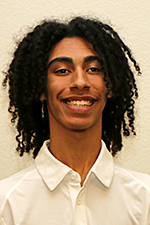 Braxton Tindell, freshman from Grand Prairie, Texas, serves as a Student Assistant to the team. 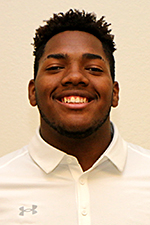 Jordan Woods, freshman from Honey Grove, Texas, serves as a Student Assistant to the team. 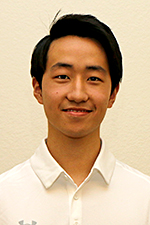 Tomo Shoji, freshman from Houston, Texas, serves as a Student Assistant to the team.