Shelby Shelton enters her third season as the head softball coach at Paris Junior College. Under Shelton’s guidance, the program reached new heights in 2022 by advancing to the National Tournament and finishing top sixth in the country. The team was also recognized with the Sportsmanship Award at the national tournament. Shelton led the team to set the new program single season win record at 39 while also receiving the program’s first ever NJCAA national ranking. In the classroom, the team finished second in the country with a program high 3.79 team GPA. As a product of the team success, Shelton received Mid-South B Coach of the Year honors.

Prior to coming to PJC, Shelton spent a year as an assistant at Louisiana Tech University where she worked primarily with the infielders. Shelton previously served as assistant coach at Howard College in Big Spring, Texas where she was named the 2018 National Fastpitch Coaches Association (NFCA) National Junior College Assistant Coach of the Year. During her four seasons with the Hawks, she helped guide the program to 174 wins, four straight conference titles, four consecutive regional championships, as well as four trips to the National Junior College Athletic Association (NJCAA) tournament. In 2018 and 2019, the Howard coaching staff earned NFCA D1 West Region Coaching Staff of the Year honors.

During her four-year stint at Howard, 19 players received scholarships to play at universities, five of them D1. She has coached numerous All-Americans, including the 2019 NFCA Junior College Player of the Year Amanda Gonzalez. Shelton also played a role in helping the softball team lead the athletic department in team GPA in 2016, 2017, and 2019.

Shelton started her collegiate playing career at Howard College (2011-13) where she was a member of the 2012 NJCAA Region V West Champions that finished ninth in the national tournament. The 2013 team won the Western Junior College Athletic Conference championship and compiled 53 victories.

Shelton spent her final two years at the University of Texas - Tyler (2013-15). During that time, she helped lead the program to a pair of American Southwest Conference titles, one regional championship and one super regional championship. She led the program to the national tournament in Salem, Virginia, as a senior – a team that made school history by finishing as the national runner up with a 50-5 mark.

She was a four-time All-Conference selection and made numerous All-Region and All-Tournament teams on the field. She was an NFCA All-American Scholar Athlete and a member of her league’s All-Academic team.

Shelton graduated from UT-Tyler with a bachelor degree in kinesiology and has a master’s degree in health, kinesiology and sports studies with athletic administration concentration from Texas A&M University-Commerce. She is originally from Hughes Springs, Texas, where her parents still reside, and she has two brothers who played collegiate baseball at the JUCO and D1 level. 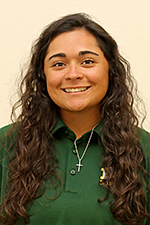 Kylie Shay is in her third year as assistant softball coach at Paris Junior College where she works primarily with the pitching staff and the outfield. Shay has played a big part in helping Shelton turn the program around at PJC in all areas. On the field, she helped lead the team to advance to the National Tournament finishing top sixth in the country, while also setting the single season program win record at 39. Shay is in charge of academics and monitoring team study halls that helped push the team to finish second in the country with a program high 3.79 team GPA.

She came to Paris from Western Carolina University in Cullowhee, North Carolina, where she was a student-athlete. She also played for current PJC Softball Coach Shelby Shelton when she was at Howard College.

During her time at Western Carolina (2018-2020), Shay was a pitcher/outfielder for the softball team. In her senior season, she hit leadoff at their away game at Clemson University, making her the first batter to hit at Clemson Stadium's inaugural game. She helped Western Carolina earn wins over Clemson and Oregon State and excelled in the classroom, making the National Collegiate Athletic Association's Division I Southern Conference Academic Honor Roll in 2019 and 2020.

In 2018, Shay was named Region V All-Region Pitcher, National Fastpitch Coaches Association Second Team West Region Utility Player, and WJCAC Most Valuable Player. She was named to the Dean’s List in both years and named NJCAA Third Team Academic All-American in 2017 for her efforts in the classroom.

Shay earned an Associate of Science in General Studies from Howard College and a Bachelor of Science in History from Western Carolina University. She is originally from Riverside, California, where her parents and two sisters currently reside. 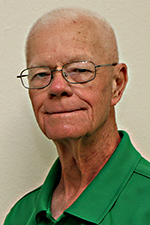 Jack Butler (Mr. Jack) returns to PJC for his 19th year assisting with the Lady Dragons. He works with the infield and oversees field maintenance. He is a graduate of the University of Kentucky, where he played softball. While in the military, he coached baseball with the 1st Infantry Division of the United States Army.