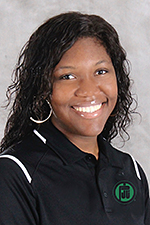 Paris Junior College welcomes new Head Women's Basketball coach Brittany Christian for the 2021-2022 season. She comes to PJC after serving as assistant women's basketball coach at Indiana State University in Terre Haute, Ind. Prior to that she was assistant coach for two seasons at Delaware State University, where she was part of a resurgence of their program which was among the top 75 recruiting class in the country.

"What I want to build here is a high character, high quality program," Christian said. "My bio shows I've been to many different levels of basketball and the thing that I really love about junior college basketball is this transition period. I really feel good about impacting young women to be able to move on to their next step in life and beyond. I'm excited to build a brand of basketball that you are going to love to see and to be highly competitive and be successful."

Before Delaware State, Christian spent the 2017-2018 season as the head coach at Northwest Kansas Technical College, a National Junior College Athletic Association Division I school. She led the Mavericks to a 20-11 record and top-25 national rankings in multiple statistical categories.

Christian spent the 2016-2017 season as an assistant coach at Northwest Kansas Technical College. She was named the 2016-2017 Women's Basketball Coaches Association Junior College National Assistant Coach of the Year and a WBCA 30 Under 30 honoree after helping lead the team to its best season ever with a 28-2 overall record.

The previous season, Christian was an assistant coach at Northwest Kansas. She was named 2016-17 Women’s Basketball Coaches Association Junior College National Assistant Coach-of-the-Year and a WBCA Under 30 honoree after helping lead the team to its best season ever with a 28-2 overall record.

She began her coaching career as an assistant at St. Paul's College in Virginia and later served as a graduate assistant coach/assistant to the athletic director at Virginia State University.

The native of Baltimore, Md. graduated from Baltimore Polytech High School and played college basketball for four years at St. Paul's College in Virginia, where she earned a bachelor's degree in biology in 2009. Christian earned her Master's in Sports Management from Virginia State in 2012. 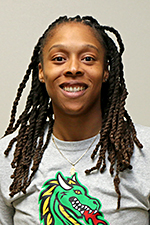 Prior to that Robinson spent four seasons as the assistant varsity coach and head junior varsity coach at Baltimore Polytechnic Institute in Baltimore, Maryland. While there, she coached a junior varsity three-peat, winning Baltimore City Championships in 2018, 2019, and 2020. She also assisted varsity to a three-peat of Baltimore City championships and three Maryland State playoff regional championships in those same years. Varsity also made one state title game appearance and had a 22-1 record in 2020 before the COVID-19 pandemic shut down the Maryland State tournament.

As Chief of Coaches for the All-Indy Belles, Robinson coached age groups ranging from 2027-2029 graduates (10- to 12-year-olds). In the summer of 2022, she rallied her 2029 group through a great summer, winning seven out of 10 tournaments and going undefeated with wins over several ranked opponents.