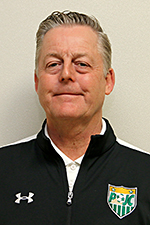 Paul Burns comes to PJC as Head Women's Soccer Coach after spending eight seasons as the associate head coach for Texas A&M University-Commerce, bringing with him over 20 years of coaching and teaching experience.

The Lions qualified four times for the National Collegiate Athletic Association (NCAA) Tournament during Burns' eight years, including two times making the round of 16. Four players were named All-American, including Vicky Back, who was the first A&M-Commerce player in history to be named a First Team All-American.

During the 2016 season, the Lions went 15-6-1 and won the regular season Lone Star Conference (LSC) Championship. They qualified for the NCAA Division II Tournament and advanced into the Sweet 16. Savannah Grasser and Vicky Back were named All-Americans, with Back named to three different First Team All-America lists. In addition, Back was named LSC Player of the Year and Defensive Player of the Year and Grasser was named Forward of the Year. Back and Grasser were named Scholar All-Americans as well.

In 2015 the team finished the year 13-6-2 and was the LSC postseason Tournament Champions, with Grasser and Back again named All-Americans. During the 2014 season, the team finished 16-5-1 and won the regular season and postseason championships and advanced to the second round of the NCAA Tournament. Grasser was named LSC Player of the Year.

Burns spent the previous 17 seasons as the head coach at Austin College in Sherman, building the Kangaroo program from scratch. He compiled a 176-117-26 (.592) record while leading Austin College to three NCAA tournament berths, the 2000 American Southwest Conference championship and four-straight east division titles.

During his time in Sherman, Burns' players accounted for over 100 All-Conference and Academic All-Conference honors. He helped guide the 'Roos to 14-straight winning seasons as well as success in the classroom as his teams consistently boasted a 3.0 GPA or higher.

Prior to starting the program at Austin College, Burns spent one season at Stephen's College in Columbia, Missouri, where he also started the Stars' soccer program. He holds his "A" License from the United States Soccer Federation as well as his premier license from the National Soccer Coaches of America.

Burns earned his undergraduate degree in Sports and Recreation Studies from Staffordshire University in the United Kingdom. There he was an accomplished player, helping lead Staffordshire to the National Finals. Burns went on to earn his master's degree in Health and Exercise Science from the University of Missouri.

Burns' wife Holly is a school administrator at the elementary level and the couple have two children, Jade and McKinlee. He remains active on the pitch, competing in the Dallas Men's Outdoor Premier Soccer League. 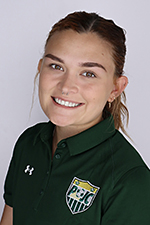 Gallegos helped rebuild a 1–10 conference varsity women’s soccer program to a 500 season - the best team record in four seasons. She also led the Varsity Reserve as Head Coach to their first winning season (3-1).

While Graduate Assistant, she also served as interim Head Coach during a transition period, leading both national and international recruiting efforts.

In 2022 Gallegos coached and provided additional training for two William Penn players who were selected for their national teams, both earning starting spots in 2022 FIFA friendly matches.

Gallegos earned her undergraduate degrees in Business and Psychology while playing for Centenary College of Louisiana. There she played outside defensive back and center defender, starting in 49 of 53 games with four goals and two assists.

As a freshman Gallegos led the team’s defense to the first conference tournament appearance in 10 years with annual appearances each following year. In her senior year she led the defense to a school best 10-0 season opening, an overall 16-3 record, and the first NCAA West Region ranking in program history.